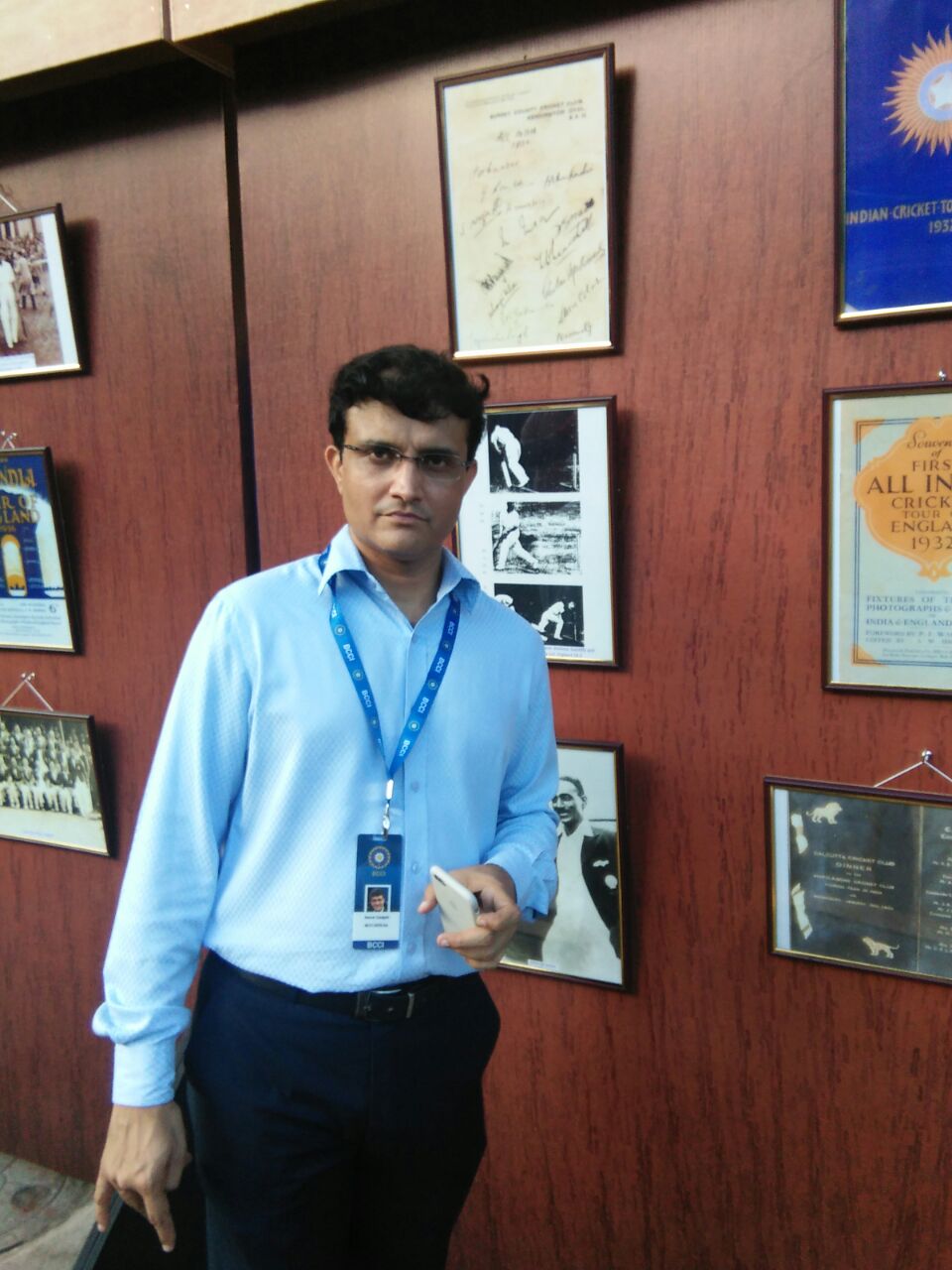 Eden Test to have many firsts under Ganguly
29th September 2016
CAB President Sourav Ganguly is man with a mission and that is to convert the amphitheatre into a world class facility. And with the 250th Test on home soil in the offing work is in progress.
It's early in the season, but the green oval looks lush and rich and the 22-yards ready for a match. "We have done a wonderful work with the ground. It has been raining regularly. It's so early in the season, but still we are good to begin the Test match even today. The groundsmen have done a tremendous job,"
A river cuts through mountains not because of its power, but by its persistence. It is the same persistence that CAB President Sourav Ganguly has shown in the last one year to convert Eden Gardens. "It is an iconic venue. And unless it has world class gfacilities, it will not live up to its billing. We have begun with the Test match, by the time IPL comes a lot more will be done," he added.
To make the event memorable Sourav Ganguly has undertaken a set of path breaking activities.

"It is important that people get to see the history of the game. Then they have the feeling of being part of a special occasion. The 250th match inside the ground and a picture gallery showcasing the journey of the game in this country since inception is going to make their visit memorable," Sourav told CAB Media Desk.
It is not all, CAB has created 250 special gold coins that would be given out to the players of both the teams and board members who come in as guests. The CAB has created special carnival zone in the K and L blocks where there will be game zones for children, food parlours, styling area, gaming arena and cricket zones.
"We have something everyday. At lunch on opening day we have a talk show featuring Virender Sehwag, V V S Laxman and Boria Majumdar among others. On the second day we will felicitate Md Shami and Wriddhiman Saha with a memento of Tiger crystal, along with the board officials. We are also having an indoor cricket with the corporates. They have incidentally bought most of the tickets," Sourav added.
Among the many new things people will see in the Eden Gardens, there is the Eden Bell. "It looks better than the bell at Lord's. The bell will be rung by none other than Kapil Dev on the opening day of the match. There is also a brand new scoreboard where replays will look like television," he said.